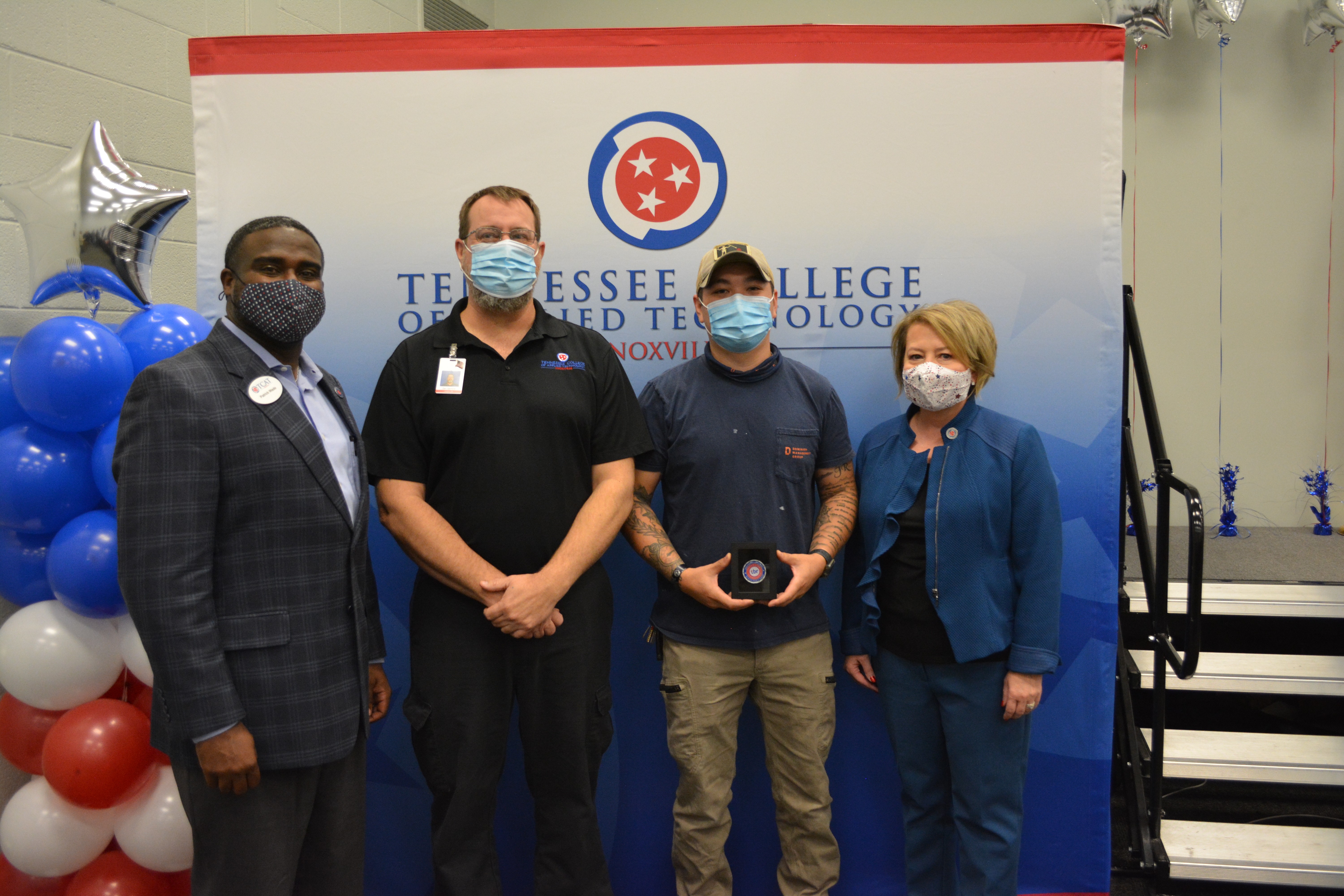 NASHVILLE (Nov. 10, 2020) – Military veterans at Tennessee’s community and technical colleges are being honored in Veterans Day activities this week – and one veteran at each college will be awarded the inaugural Chancellor’s Commendation for Military Veterans.

The Tennessee Board of Regents and Chancellor Flora W. Tydings established the new commendation as a system-level award to honor the service, bravery and sacrifices of military veterans in the campus communities. It supplements Veterans Day ceremonies, observances or recognitions that the colleges traditionally conduct.

Recipients of the new Chancellor’s Commendation were nominated by the college presidents and include students, faculty, staff and alumni. One of this first year’s recipients will be honored posthumously – Dr. Charles M. Temple, the late former president of State Technical Institute at Memphis, a predecessor of Southwest Tennessee Community College. The posthumous commendation will be presented to his surviving spouse, Dr. Patra Temple.

As part of their Veterans Day observances, the college presidents will present recipients of the commendation a special Challenge Coin on behalf of the chancellor.  Challenge coins are a rich tradition in all branches of the military and signify special achievement, excellence, hard work, unit pride, respect and esprit de corps.

“Our college communities are strengthened by the presence, the experience and the perspective of veterans and active duty military personnel – as students and faculty and staff,” said Dr. Tydings. “They – and the many different skills and leadership abilities they acquired during their service – are an important part of the great diversity of people and backgrounds on our campuses, which are all the richer as a result of their presence.

“We are glad they’re here, and we’re privileged to honor their service – not only on Veterans Day but all year long,” the chancellor, the daughter of a career military officer, said.

During the 2019-2020 academic year, 3,436 students in the College System of Tennessee self-reported as veterans and active duty military personnel on their admission materials. Since such reporting is not required, there are likely more student veterans – and they are in addition to the many veterans in the faculty, staff and alumni ranks.

Nine of the 13 Tennessee community colleges have earned the VETS Campus Designation, as established in 2014 by the Tennessee Veterans Education Transition Support (VETS) Act. To earn VETS Campus certification, an institution must prioritize outreach to veterans and successfully deliver services necessary to create a supportive environment where student veterans can prosper while pursuing their education. The Tennessee Higher Education Commission has currently certified 24 public and private colleges and universities as VETS Campuses. Certification is reviewed annually.

Tydings asked the college presidents to submit ideas for a system-level Veterans Day recognition. The presidents then voted on the ideas submitted, one of which was a Chancellor’s Commendation, represented by a special challenge coin. With the concept in place, the chancellor asked the presidents to nominate a veteran in their campus communities for the commendation. She approved each of the nominees.

“These 34 men and women represent the spirit and values of our colleges, their communities – and the highest ideals of military service,” Tydings said.

Recipients of the first Chancellor’s Commendation for Military Service, their college, association with the college, and military branch are:

Information on resources for veterans interested in pursuing their education is available here.

Information on financial assistance for veterans is available here.

The College System of Tennessee, governed by the Tennessee Board of Regents, is the state’s largest public higher education system, with 13 community colleges, 27 colleges of applied technology and the online TN eCampus serving approximately 140,000 students annually.

Tennessee Board of Regents